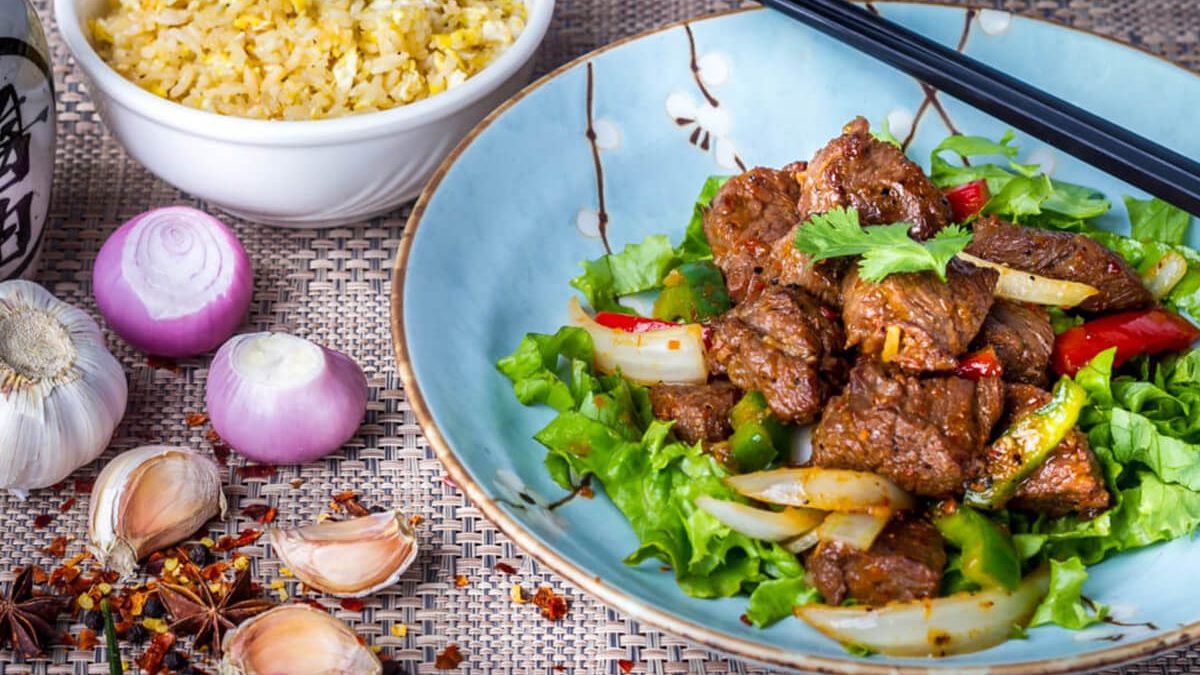 Steam rises from a large bowl of pho sitting on a table near the large window, scents of meats and spices fill the air. In the distance the clanging of pots and laughter of cooks rings out from the kitchen. Quiet but happy conversation and the muted sound of chopsticks clicking together echo throughout the open restaurant. This is Pho Dai Viet, a new Vietnamese restaurant in the Chastain Square shopping complex off Roswell Road.

Pho is a popular Vietnamese street food consisting of broth, rice noodles, herbs, and meat. Its popularity in America has grown exponentially post WWII when immigrants brought the dish to their new homes around the world. The versatile dish is steeped in history and is ripe for innovation, making it popular among local chefs like Kyle Luong, Pho Dai Viet’s owner and head chef.

“My favorite dish is pho, I eat this every day,” said Luong. When cooking for himself, he adds eye round steak, marble brisket, and beef meatball all at once. “You can mix and match with pho,” he explained. “Pho is very flexible, it’s supposed to be a flexible food, like you know – there’s no right way to eat it, there’s no wrong way to eat it. It’s what you prefer, that’s why it is my favorite dish.”

Indeed, Luong may as well have Pho running through his veins instead of blood, as he has been immersed in the Vietnamese food culture for his entire life. Born in Vietnam, Luong’s father was a farmer and his mother was a merchant selling rice in the marketplace. The two had known each other for a few years, but due to his family’s poverty Luong’s father, Lenh, had moved in with an uncle in the city at age 14 and worked as a watchmaker. It was at age 19 that Lenh returned to the countryside, married Anh, and started a family.

Lenh studied English in a refugee camp in the Philippines for about 6 months and arranged passage to America for his family. Upon landing in the United States, Lenh opted to settle down in Atlanta and worked a number of odd jobs before eventually landing a position working as an assistant in the kitchen of a restaurant on Buford Highway.

This initial foray into working in a kitchen was the spark that began a career as a restaurateur and would propel Lenh to his current position as founder of the Pho Dai Loi legacy in Atlanta. His knowledge of Vietnamese culture and food combined with his connections within the local community have been central in growing his passion from sous chef to head chef to owner of a franchise. The family now owns 3 locations under the name Pho Dai Loi, and Lenh’s son Kyle has stepped up to the challenge of continuing his family’s business with this newest addition, Pho Dai Viet. The restaurant opened on January 11, 2018 in the location adjacent to Publix that used to house Burger 21, and has been well-received by diehard pho fans and neighbors alike.

“It has always been in the family,” Luong said of his foodie legacy. “I share the same recipes as them, but I’m younger so I wanted to do something a little different and make it more of a modern vibe.” The minimalist restaurant features spacious tables, natural light from the front wall of floor-to-ceiling windows, modern light fixtures, a creative wallscape of the Atlanta skyline, and an oversized faux bowl of Pho just inside the front door.

“My pho is very original, the broth is very clear,” he explained, pausing to answer his cell phone. It was his mother, just checking in. After a brief exchange in Vietnamese, Luong continued his explanation of the process to make the soup. “We use quality ingredients, that’s what my family has always believed in – not cutting corners.” All told, an 80 quart pot of pho uses around 60 pounds of beef and around 50 pounds of beef bone, which is around 4 times as much as a typical store uses. After a few hours the mixture becomes stock and a new batch goes on the stove.

“We try different stuff to come up with a menu that’s fitting of the area,” he continued. “You can tell this area is very healthy, that’s why my menu is very healthy.” Luong is keenly aware of the needs of his clientele and possesses an eye for food trends and opportunities for innovation. Luong has high standards but is also flexible and curious about ways to adapt and stay current within the restaurant scene. In down time, Luong encourages his chefs to experiment with new flavors and mashups which are then presented during a monthly tasting for the staff to sample.

While from the outside it might look like a natural step for Luong to continue the family business of Pho, in reality it was a somewhat unexpected move for this young restaurateur. Beginning at around age 8, Luong spent his weekends and time after school working in his parents’ restaurants. What began as busy work like cleaning and prepping soon became cooking and managing the front of the house, which he continued throughout high school. Upon graduation, however, Luong set his sights on an altogether different career – Medicine. He enrolled at Georgia State University for his bachelors and later got a masters degree from Kennesaw State University, and after graduation he became a medic. In the long run, however, Luong felt his calling was to follow in his parents’ footsteps and open his own Vietnamese restaurant.

Luong spends much of his time in the kitchen as head chef, personally preparing meals for his customers and overseeing the kitchen crew as well as his 22 year old apprentice. “I have a very strong team,” he said of his staff. On the day that I visited, I ordered a bowl of vermicelli noodles with grilled chicken, and Luong took note of my order then headed back to the kitchen to put it all together. The dish was a win for me – the seasonings were light, the presentation was beautiful, and I left feeling energized and full.

Using prime meat and with a commitment to buying locally, Luong is not willing to sacrifice quality in order to turn a higher profit. “I believe in using quality ingredients to make my food, and I buy locally. I try to buy as much locally as possible to help out the community.” During his time at Georgia State he became familiar with a local urban farm near campus, and he has paired up with them to grow fresh produce for the restaurant.

Beyond helping his community through employment of his staff and buying his ingredients locally, Luong regularly gives back through partnerships with local churches and organizations to donate food to the homeless. They also work with an organization called The Water Project to provide clean water to struggling Southeastern Asian countries, and around the holidays they gather supplies and donate to the homeless shelters nearby. “I feel like everyone deserves something, if they are less fortunate you should help them,” he explained, citing a desire to find even more avenues to give back to the community as a top priority for Pho Dai Viet. “Maybe I’ll want another store, or two more, or to franchise out, or to cater… there are so many options, but what I’m trying to do right now is just make everyone happy. Because life is tough.”

While it’s certainly true that life is at times hard for all of us, one thing is pretty clear – for Luong, this restaurant is central to his happiness. Since opening its doors, the restaurant has garnered plenty of positive reviews from news outlets and customers, both first timers and those who are familiar with the family legacy behind it. Luong has high hopes for the restaurant’s future and was meticulous in designing every inch of Pho Dai Viet. Visitors benefit from his commitment to quality, his innovative culinary ideas, and his innate understanding and love for Vietnamese cuisine. “I’m happy, that’s all that matters,” Luong said with sincerity. “To me, it’s – I like seeing people enjoy my food.” And enjoy it we certainly will. 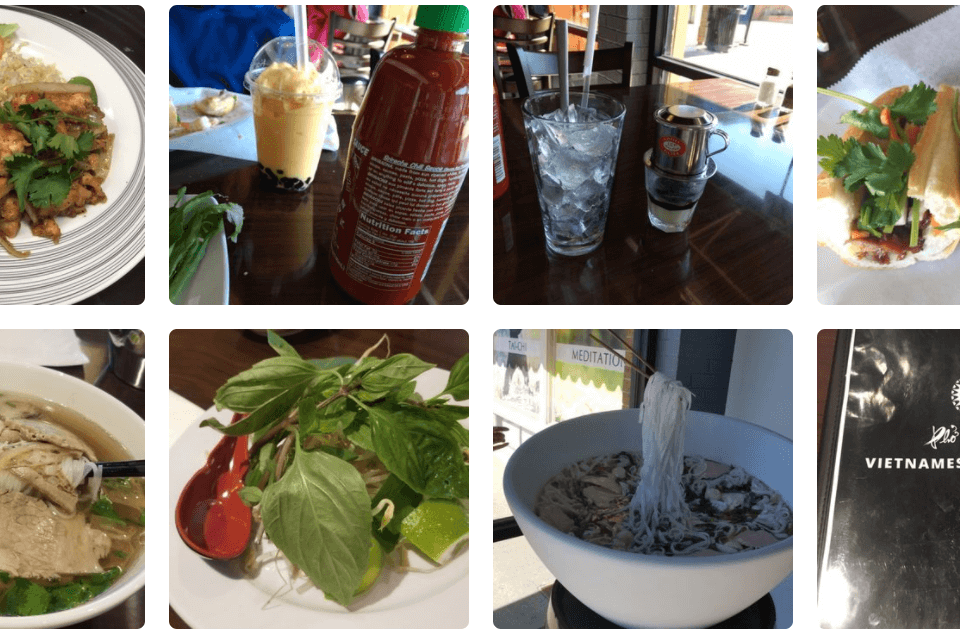 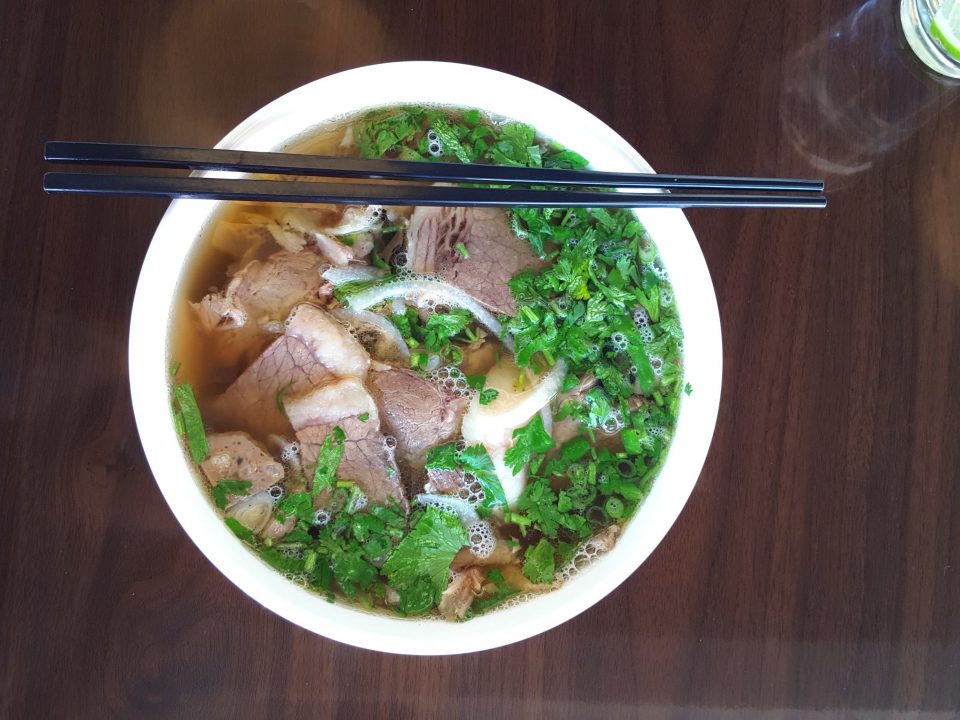